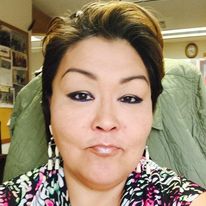 Rosalie is a bilingual Yupik who lives in Bethel, Alaska. She works for the largest consortia in the state of Alaska. Her region is as large as the state of Oregon and consists of 56 federally recognized Tribes. She has been with the Indian General Assistance Program (IGAP) from the beginning and has worked for the consortia from 2000 to 2005. When the National Tribal Air Association was created, Rosalie was chosen to be the Executive Committee’s Alternate Representative for Alaska. She soon became the EC Primary and represented 229 Alaska Tribes.  She worked for the Orutsararmiut Native Council, the local Tribe for Bethel, for 15 years where she took over the Tribal air program.  She has since been in air monitoring with PM 10 and worked on a Quality Assurance Project Plan (QAPP) for a PM 2.5. She worked with the Alaska Department of Environmental Conservation and started the Alaska Tribal Air work group. The work group consisted of Tribes from all over the state and partnered with both the federal and state agencies, including ITEP and the EPA.  She was also on the TAMS committee representing Alaska. She has also been in numerous committees including the Regional Tribal Operations Committee (RTOC) for Region 10.

NTAA is near and dear to her heart; she has tirelessly made sure Alaska was always on the agenda. She worked closely with several EPA administrators during the Obama Administration and invited the administrators to Alaska with success. With development being considered all over Alaska her objective for all Tribes is to start gathering data for water, climate change and air. This will motivate Tribes to enforce their self-determination by encouraging their members to learn the process of gathering their own data. Thank you for considering her nomination.

Back to Executive Committee
Visit the Alaska Department of Environmental Conservation 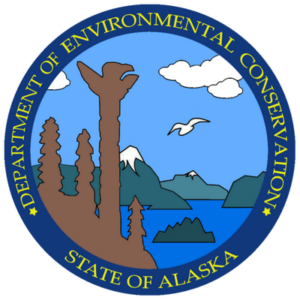