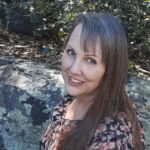 Syndi Smallwood is the Environmental Director for the Jamul Indian Village of California, located in Southern California. She has worked in the Tribal Education and Environmental field for Tribal Coalition’s, Tribal Programs, and as an Adjunct Professor since 1994. She received her B.A. in Anthropology at Humboldt State University in 1998 and her M.A.S. in Environmental Policy and Management with a minor in Natural Resource Management from the University of Denver in 2011. She is a Region 9 RTOC Representative for Southern California, Region 9 RTOC Representative for the National Tribal Air Association Executive Committee and a Board member for the Native American Environmental Protection Coalition. Past positions include Region 9 RTOC California Representative to the National Tribal Caucus, a member of the Tribal Air Monitoring Support Committee and an appointee to the Clean Air Act Advisory Committee. In 2013, Syndi was honored to receive the Virgil Masayesva Excellence Award.

Back to Executive Committee
Visit the Jamul Indian Village